The work of pioneering solar scientist Dr. Charles G. Abbot’s received far-flung recognition and publicity after his invention of the solar oven in 1941. But despite his optimism, the power experts shook their heads. It was not enough merely to equal the effectiveness of standard sources of power. “He’ll have to do better than that,” was the dictum of Professor C. C. Furnas of Yale University. Meanwhile, in Russia, they were experimenting at Sun laboratory at the Massachusetts Institute of Technology, where research on the utilization of solar radiation for house heating is being carried on.

“Heat traps” or energy collectors through which water circulates are being inspected. In the upper, left-hand corner of the roof is a pyrheliometer for recording the intensity of sunlight throughout the day at the Power Institute of the U.S.S.R. Academy of Sciences. There Dr. F. Molero and his associates are reported to have produced successfully large solar power machines. It is difficult, however, to get detailed information of Soviet advances, so that an exact evaluation of their success is not yet possible here. For years it has been known that the best mirror for focusing solar rays was one of a highly complex curvature known as the “paraboloid of revolution.”

Both the Soviet investigators and Dr. Abbot use parabolic reflectors, constantly refining their designs. Men at last have conquered the problem of capturing solar energy directly, making overwhelmingly available the only unlimited supply of energy known to exist in our universe. For cheap as coal, oil and water power undoubtedly are, the first two are limited in amount, a fact that necessarily predicates an inevitable although gradual rise in extraction costs as the years go by. And waterpower, also limited in amount, involves the initial cost of dams, not to mention high maintenance charges afterwards. Construction, installation and maintenance costs of solar power arrangements will be relatively low. The solar energy captured by a paraboloidal mirror is proportional to the mirror’s diameter, squared.

It will be best to establish solar power plants in the world’s more sunny areas, such as the southwestern United States. Power gathered in vast quantities on bright days can be stored as super-heated water for use at night or during cloudy periods. Seasons of the year have little effect upon the operation of these devices, except insofar as there is more or less cloudiness. This development holds especially bright promise for the arid or semi-arid regions of our western states, for some day they may become the nation’s dominant manufacturing centers, thanks to the sun. 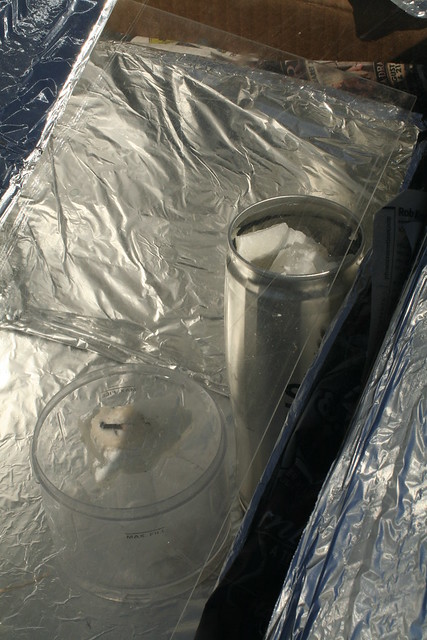