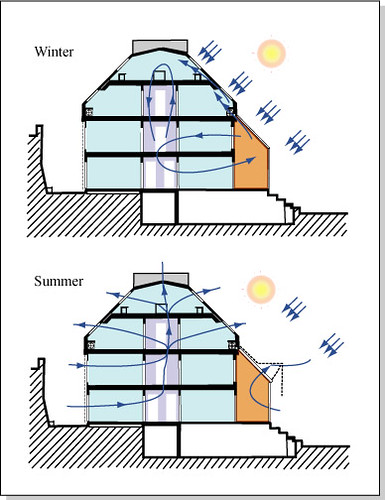 According to a report June 10, 2013 in Design Build Source, solar cooling can possibly become the future of air conditioning in Australia. This emergent technology may come as an answer to the prayers of both environmentalists and householders since it would not only help Australians cut back on their electricity bills but would also go a long way in reducing the greenhouse effect.

The technology works by turning solar heat into useful cooling using an efficient thermal driven process through which chilled water is produced using ‘’solar collectors’ which is then passed through a ‘chiller’ which happens to be an absorption cooling machine that has been designed to convert heat into cold. The cold air is then delivered into the building through a chilled water mechanism.

According to Kyle Briggs, one of Australia leading experts on air conditioning solutions and the director ofPlum Heating and Cooling, this is by far the most energy efficient cooling solution he has ever come across. “Having spent several years in the business of air conditioning, I see huge potential in this technology. With electricity prices touching alarming rates, solar cooling would a long way in helping the nation reduce its dependency on conventional cooling technologies.”

Briggs explains that large scale air conditioning systems, no matter how efficient they are, still consume of a lot of electricity. Especially during the hot summer months with the A/C running at all hours of the day and night, inflated electricity bills can put a lot of strain on a family’s monthly budget. However, with this new technology, Briggs hopes, consumers would end up saving a lot on their electricity bills.

About Plum Heating and Cooling

Plum Heating and Cooling Melbourne is a family owned business that has been operating for over 20 years. Plum specialises almost every type of heating and cooling system available on the market today.